Maybe the journey isn’t about becoming anything. Maybe it’s about un-becoming everything that isn’t really you, so you can be who you were meant to be in the first place. 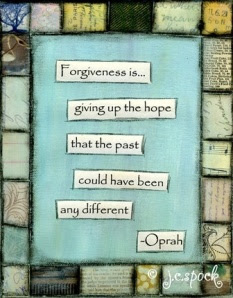 I’ve been trying to compose this post for three days. I type and then delete all the letters with one long press of the backspace button.

I wish I could say that moving forward is always easy and always driven by the right motivations. In the immediate aftermath of D-Day I trusted no one but myself. Self-reliance became my mantra. I began to believe I would give more love to the world than I would ever receive back in return. I felt like a mouse trapped in a maze with endless tunnels and walls and no real escape. There were some days I just sat down at a dead end and stared endlessly at the walls. Other days when I could keep running through the maze regardless of how many walls I hit. I wasn’t going to stop. There were many moments were I felt there was no escape from my new reality. I was stuck in a maze I never wanted to be in and this was my life. Year one was the maze.

Recently I heard a Boston Marathon survivor say that the days, weeks and months following the bombing felt surreal. On the one year anniversary is when they absorbed the reality of what happened. It must be the same for all traumatic events. The first year after D-Day I was not only in that mouse maze but I was in a haze. I wanted to wake up and find out my husband’s affair was just a horrible nightmare. I am not going to lie, if I woke up tomorrow and found out none of this ever happened I would be ecstatic. A year after D-Day is when you realize the nightmare is real life.

So what changes in year two?

I’m a little more than halfway into year two of healing from the affair and I mentioned before that I feel a shift within me. There are elements of the affair that I just don’t care about anymore. I can no longer spend my energy hating Bat Shit. I do hate her (and I always will) but I spend very little time thinking about her. Every time I try to feel sorry for her I don’t. She’s guilty for targeting my husband and feeding him lies to manipulate him. I don’t need to spend my days wishing bad will upon her because I know she invites it in all by herself. When I think about her now I am apathetic.

It took me nineteen months to figure out that my husband didn’t cheat to hurt me or because I was a failing as his wife. He had an affair because it became an option that he didn’t have an answer for at the time. Throughout our marriage we never prepared for infidelity. We never thought it would affect us and that affairs only happen in bad marriages. It bothered me for a long time that he never considered how his affair would affect me. I felt like an afterthought and I probably was an afterthought. Being involved with Bat Shit gave him a high that he didn’t want to admit he needed. I understand what my husband needs now to feel valued, appreciated, adored and desired. I am starting to wonder if just about anyone could become the wayward spouse in the right circumstances. We all have insecurities and desire attention. It feels good to think we are special. It feels good when someone is thinking about you late at night or first thing in the morning. There’s a part of me that understands the appeal my husband felt. He felt important because she needed him and she wrote to him constantly. There’s a part of me that understands. It doesn’t necessarily excuse what happened but it wasn’t about me, it was about him.

I spent so much time grieving for my pre-affair marriage. All the books and therapists told me that my pre-affair marriage was over, accept it and then start new. I went through the grieving process. I blogged about it and I really felt like my marriage had died. After all the pain, tears and struggles I am starting to doubt this theory. My marriage did not end or go on hiatus because of my husband’s affair. Our marriage was not the best it had ever been but it wasn’t terrible either. Obviously, there were cracks in the walls we had built to protect our marriage, but we weren’t in complete ruins. I often look at our lives and wonder how different we were from any other marriage after three children and over ten years.  If you really look at my marriage, it didn’t die or end, it endured.